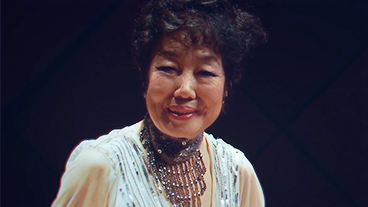 Keiko Abe is a professor emeritus at Toho Gakuen School of Music (Toho Gakuen College Music Department)
She is an internationally active marimbist, performing in over 60 countries around the world. She has taught more than 110 music universities and institutions, and participated in more than 60 music festivals.
Seeking the original pieces for marimba, she has performed more than 270 pieces, including her own compositions and the commissioned and premiered ones. Those are played by marimbists all over the world.
She has been awarded a special prize 6 times at the Cultural Festival by Agency for Cultural Affairs.
In 1993, she was awarded Hall of Fame by Percussive Arts Society in the USA. （As of October, 2016）