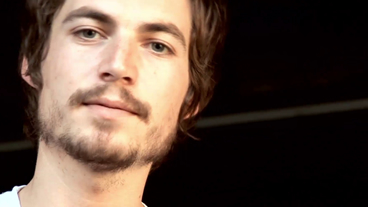 The frontman of the rock band Augustana, Dan Layus is known for his breathy vocals and skills on the piano and the guitar. Best known for the hit single, "Boston," the band that started in Greenville, Illinois hit the big time with their debut album on Epic All the Stars and Boulevards. After three years of relentless touring, opening up for well-known acts such as the Counting Crows, Maroon 5 and Snow Patrol, Augustana is back on the road supporting their assured, more grown-up, follow-up album Can't Love, Can't Hurt. The 10 studiously-chosen cuts of modern, melodic, piano-driven rock featured on this album unveil the amount of growing up Dan and the other members of the band had to do when they suddenly found themselves in the midst of a hit single, with little preparation for the road ahead. The result is an intensely emotional album, and the debut single "Sweet and Low" is already climbing the charts.