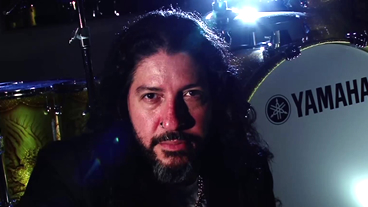 Born in San Antonio, Texas. Xavier Muriel is the drummer of the popular rock band Buckcherry. In his teens moved to Austin, Texas, a world center for live music, and is infl uenced by musicians from AC/DC to the Gypsy Kings. During high school, he plays in over 10 different rock bands and connects with many musicians from then on. In 2005 he is invited by guitarist Keith Nelson to join Buckcherry. The song “Crazy Bitch” on the album 15 gets a Grammy nomination for Best Rock Performance. Fans around the world like not only how Xavier Muriel throws his whole body into his drumming but how he relentlessly pursues perfection during live performances.