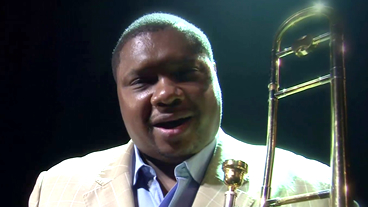 Musical ambassador and interpreter of America's music, Wycliffe Gordon experiences an impressive career touring the world performing hard-swinging, straight-ahead jazz receiving great acclaim from audiences and critics alike. His unmatched modern mastery of the plunger mute and his exceptional technique and signature sound, has solidified Gordon a place in musical history known as one of the top trombonists of his generation. Jazz Journalists Association named him “Trombonist of the Year” again in 2011 as well as previous years 2001, 2002, 2006, 2007, and 2008. He is a past recipient of the ASCAP Foundation Vanguard Award, among others.