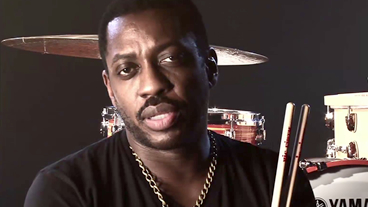 Born in 1957, Steve Jordan is a multi-instrumentalist who plays not only drums but other instruments and is a renowned composer and music director, as well. This Grammy Award-winning artist has performed with musicians across a broad range of genres after graduating from Fiorello H. LaGuardia High School of Music & Art and Performing Arts. As a drummer that puts a great deal of emphasis on the groove, he is a big influence on many artists.
He is well known for providing solid support to the Blues Brothers band, Saturday Night Live band and the Rolling Stones on occasions when he replaced Charlie Watts. His recent work includes musical support of such artists as Eric Clapton and John Mayer. He has also played an active central role as a member of The Verbs, a band featuring his wife, Meagan Voss.