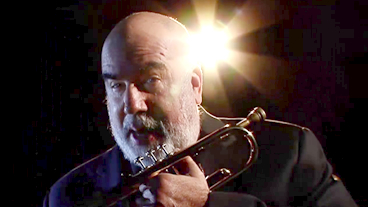 Born in 1945 in Philadelphia to a musical family, Randy's musical talent was nurtured from an early age. He attended Indiana University from 1963-66 and later moved to New York where he landed gigs with such prominent Jazz bands as Clark Terry's Big Band. Randy also began his foray into jazz-rock by joining Blood, Sweat and Tears. Randy left BS&T to join the Horace Silver Quintet. In 1968, Randy recorded his first album, "Score", featuring a young, then unknown 19 year-old tenor saxophonist named Michael Brecker.
In the early 1970s, Randy played with many prominent artists such as Larry Coryell, Stevie Wonder and Billy Cobham. By 1975, Randy and Michael were ready to front their own band, the Brecker Brothers. The band was to become a band of immeasurable influence and impact. They went on to record a total of six albums and garner seven Grammy nominations between 1975 and 1981.
In 1992, exactly ten years after they disbanded, Randy and Michael joined forces again featuring a world tour and the triple-Grammy nominated GRP recording, "The Return of the Brecker Brothers". In the fall of 1994, the Brecker Brothers released the double-Grammy winning "Out of the Loop".
Randy released his CD for ESC, "34th n' Lex," in 2003 and this CD also brought him his third Grammy for "Best Contemporary Jazz Album."
In 2007 he was awarded his fourth Grammy for "Randy Brecker Live with the WDR Big Band". In the same year, tragically, his brother Michael passed away on Jan 13th.
Randy's CD, "Randy in Brazil," was recorded in Sao Paulo with a full complement of great Brazilian musicians and released in 2008 and the CD won the Grammy for "Best Contemporary Jazz Album," bringing Randy's Grammy total to five.
As a composer, performer and in-demand Yamaha clinician, Randy Brecker continues to influence and inspire young musicians around the world. He feels like he is just starting out!