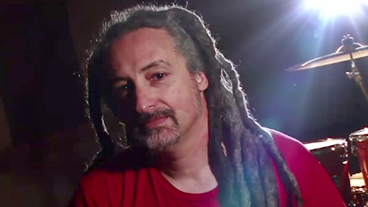 Born in 1962 in San Francisco, California, Mike Bordin began playing drums as a teenager. When he was still in high school, he played in the band EZ-Street with future Metallica bassist Cliff Burton and future Faith No More guitarist Jim Martin.In 1981, he formed Faith No Man with bassist Billy Gould, keyboardist Wade Worthington, and frontman Mike Morris. A year later the group some of the band members were replaced and changed their name to Faith No More. Faith No More released their first album, We Care a Lot, in 1985. After releasing several more albums, including the Grammy-nominated album, The Real Thing, Faith No More disbanded in 1998. In 2009, Faith No More reformed and performed a series of festival shows in Europe, leading to several shows in select American cities. Aside from his work with Faith No More, Mike Bordin has performed or recorded with some of other artists such as Ozzy Osborne, Jerry Cantrell and Korn.