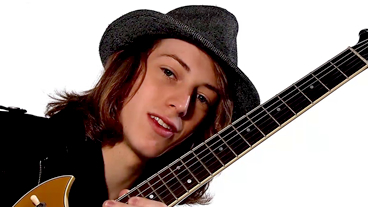 Born in Seattle, Washington, Joshua Ray Gooch relocated to San Diego with his family at the age of seven. Following in the footsteps of his father, who always kept guitars around the house and composed music, Joshua began playing when he was thirteen years old and quickly became addicted to the guitar, often times playing for six to seven hours per day. He considers playing the guitar a passion, not a job. Within three years, Joshua recorded his first major work for legendary producer of The Allman Brothers Band, Johnny Sandlin on the Highly Kind album, Don't Wake Albert.
In 2009 Joshua beat out over 4000 guitar players to reach the national final of Guitar Center's King Of The Blues. Joshua recently toured Japan with Japanese superstar Koshi Inaba. Koshi is the singer for B'z, one of the best selling Japanese bands in history. Having sold over 100 million records they were the first and only asian band to be inducted in Hollywood's Rockwalk. Joshua recently recorded with Grammy winning producer Ross Hogarth, Tony "The Fretless Monster" Franklin who has worked with Jimmy Page,Paul Rodgers and lots of other prominent artists.