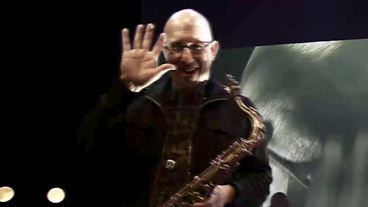 Jeff Coffin is internationally known saxophonist, composer and educator. He is a 3-time Grammy Award winning member of Bela Fleck & the Flecktones (since 1997). In July 2008, Jeff began touring with Dave Matthews Band, and joined the group in 2009 following the tragic passing of founding member LeRoi Moore. Some of the artists Coffin has shared the stage and the recording studio with include Bela Fleck & the Flecktones, Dave Matthews Band, Branford Marsalis, Maceo Parker and many others. Along the way, Coffin has absorbed an astounding range of influences from folk songs to jazz or funk. As an in-demand Yamaha performing artist, Coffin has presented over 175 clinics around the world.