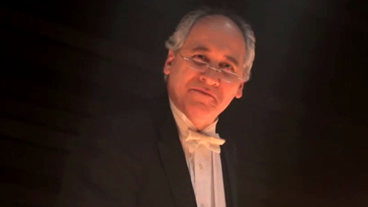 Don Liuzzi was born and raised in Weymouth, Massachusetts, and completed high school at the Franklin Learning Center in Philadelphia.
He earned his Bachelor of Music degree from the University of Michigan and his Master of Music degree from Temple University.
Before joining The Philadelphia Orchestra in 1989, Mr. Liuzzi was a member of the Pittsburgh Symphony percussion section from 1982 to 1989.
While in Pittsburgh he taught percussion and conducted the percussion ensemble at Duquesne University, was Assistant Conductor of the Three Rivers Young People Orchestra, and appeared on PBS' nationally-syndicated "Mr. Roger's Neighborhood," performing marimba and percussion solos.
Locally, Mr. Liuzzi has been a percussionist with the Network for New Music and has recorded contemporary chamber works for the CRI label.
He has given master classes in the United States, Canada, Mexico, Spain, Argentina and most of Asia.
For several seasons he has been a percussion and timpani coach at the National Orchestra Institute. He joined the faculty of the Curtis Institute of Music in January 1994.