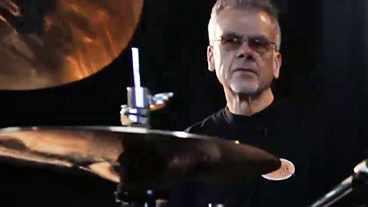 Born and raised in the San Francisco bay area, David began playing drums in elementary school at the age of ten. At age seventeen, he started his professional career, and in 1966 joined the United States Air Force where he became a member of the 724th USAF band stationed at McChord Air Force Base in Tacoma, Washington.
Upon leaving the military in 1969, he returned to the bay area and on July 23, 1970 joined the legendary Tower of Power. It was in this setting that David became one of the most influential drummers of his generation and became known as an innovator in funk drumming.
As a writer and performer David has worked with such distinctive artists as Patti Austin, Natalie Cole, Mickey Hart's Planet Drum, Boz Scaggs, The BBC Orchestra, Gino Vannelli, Talking Drums, The Buddy Rich Orchestra, Ray Obiedo, Wishful Thinking, Poncho Sanchez, RAD and many others.
Currently, David is once again performing and recording with the Tower of Power. In 1998, after an eighteen-year "break", he rejoined the group for some "unfinished business".

Just a few examples amongst David's many achievements:

In addition to the above mentioned achievements, as an international clinician since 1980, he has continued educational activities in the world and also has published so many books and videos. (As of July, 2016)