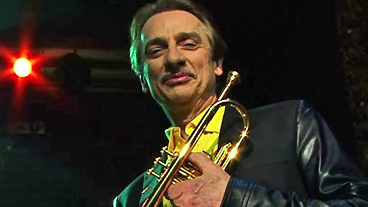 Allen Vizzutti has visited over 60 countries and every state in the union to perform with a rainbow of artists and ensembles as both a classical and jazz artist. He has appeared as guest soloist with symphony orchestras, in recital, on television and in jazz venues around the world.

Allen's soaring trumpet sound can be heard on over 150 movie and game soundtracks including `Star Trek'. `Back to the Future', and `Halo' and `Medal of Honor'. Allen's love of expression through composition has led to premier performances by the Los Angeles Philharmonic, Budapest Radio Orchestra, the Royal Philharmonic of London, the Nuremberg Symphony, the Minnesota Orchestra, the Summit Brass, the US Navy and Air Force Bands.

He is a strong proponent of music education and his "Allen Vizzutti Trumpet Method" has become a standard treatise used worldwide.

Additional information about Allen Vizzutti is always available at < vizzutti.com >