The Daredemo Piano (The Auto-Accompanied Piano) allows anyone to produce the exquisite melodies of a masterful pianist with just one finger as they are supported by automatic accompaniment and pedal movement.
Yamaha aspires to create new value for an inclusive society through research and use of Daredemo Piano to help resolve various social issues. Applications of Daredemo Piano include helping children and older students with disabilities realize their dreams, providing meaningful activities for senior citizens, and supporting remote performance via the internet.

In 2021, the Daredemo Piano, which was developed jointly by Yamaha Corporation and the COI Site*1 of Tokyo University of the Arts, won the Minister of Education, Culture, Sports, Science and Technology Award*1 in the STI for SDGs program. The program was established by the Japan Science and Technology Agency in 2019 with the goal of honoring superior initiatives for resolving social issues through science, technology, and innovation (STI).

The third iteration of the program, held in 2021, received approximately 40 applications. From among these, Daredemo Piano was selected for the Minister of Education, Culture, Sports, Science and Technology Award, the highest honor in the program, acknowledging its creativity and its widespread applicability, which gives it the potential to be used for social welfare and medical applications, as well as its compatibility with the underlying philosophy of the SDGs, namely leaving no one behind.

*1 :The award was officially presented to the COI Site of Tokyo University of the Arts.

The development of Daredemo Piano was born out of the dream of a single high school student, who happened to have disabilities affecting their hands and legs, to play Frédéric Chopin’s nocturnes by themselves.

Yamaha Corporation has been involved in the COI Site of Tokyo University of the Arts, a facility that is part of the COI STREAM innovation creation program of the Ministry of Education, Culture, Sports, Science and Technology and the Japan Science and Technology Agency, since October 2015. Our involvement has included the provision of technical support to an inclusive arts research group.

The concept of inclusive arts involves pursuing the ideals of a society in which everyone is able to connect equally through art and in which art is more accessible to all. This is a theme that was researched by Tokyo University of the Arts even prior to the launch of its COI program.

One day, a researcher on this theme visited a special needs school, where they saw high school students with cerebral palsy trying to play pianos and digital keyboards with fingers that could barely move.

This experience inspired the researcher to create an instrument that could be used to perform entire pieces with a single finger.

They sought to develop an instrument in which the performer was still the central component, using their hands and legs, in whatever capacity, to produce beautiful music. The key to realizing this vision was found in Yamaha’s Disklavier™ player piano and in its automatic accompaniment technology. Disklavier™ uses a system in which the notes played by one’s right hand, generally used for the melody, are instantly translated to MIDI data which is compared with the music database of our automatic playback system. This system then supplies the notes that would normally be played with the left hand, while matching the tempo of the performer. When combined with control over the pedal manipulation system installed in Disklavier™, this allows for performers to play songs exactly as they envision.

This automatic playback system was first revealed at a miniature concert held as part of the Geidai 21: Geidai Arts Special 2015 – Disability & Arts in December 2015, where it garnered a great deal of attention. At this concert, students of special needs schools with disabilities affecting their hands and legs played songs ranging from Chopin to J-POP. This ensemble between people and machines allowed the students to overcome their disabilities to accomplish their dreams of playing their favorite songs, moving the audience while also demonstrating the new possibilities for music unlocked through our automatic playback system.

This system has since been exhibited at various other events, including the Shibuya Zunchaka! music festival held in the Shibuya area of Tokyo and the Super Welfare Expo that exhibits social welfare innovations.

Through these exhibits, we are informing a wide variety of individuals on this new way of enjoying musical performances and the new horizons for social welfare that can be explored through performances.

Universally Applicable Systems for Making Inclusive Arts Accessible for Everyone

Daredemo Piano made the experience of performing elegant piano pieces accessible to a much wider portion of the population. Through workshops across Japan, the COI Site of Tokyo University of the Arts and Yamaha have been expanding the range of children and older students with disabilities able to experience this system, while using the insight gained through these workshops to expand our music database and develop even more natural automatic accompaniment systems.

In 2021, Yamaha began providing limited access to a dedicated app that can allow anyone in the world to use Daredemo Piano via a tablet, even if they do not actually have an instrument with them. We are currently moving forward with the development of this app while verifying its value. This app is also being combined with Yamaha’s low-latency MIDI transmission module and SYNCROOM online remote ensemble performance service to provide the unprecedented experience of performing piano in a concert hall anywhere in the world to even those people who face difficulty in leaving their home.

Daredemo Piano is also expected to make contributions in the area of well-being, which, among other goals, seeks to contribute to the ongoing happiness and provide meaningful activities to senior citizens. Verification tests are being conducted targeting senior citizens to assess the benefits that the sense of accomplishment gained from ongoing practice and displaying the results of this practice has on quality of life. These tests seek to scientifically verify the benefits of piano lessons using Daredemo Piano for extending the lifespan of senior citizens and preventing cognitive decline.

Yamaha will continue to verify the benefits of Daredemo Piano in such fields as social welfare, education, and medicine as part of its R&D ventures centered on the joy of playing the piano as its way of contributing to the realization of an inclusive society.

Yamaha helped an elementary school student, who faces difficulty leaving home due to the need to use an artificial respirator, hold a concert in Yokohama City Hall on a full concert grand piano version of Daredemo Piano via the internet. This concert drew massive attention, being covered by both domestic and overseas media.

Support for Children Responsible for the Future of Universal Design

Born from the dream of a high school student with disabilities, Daredemo Piano has wide-ranging potential in such fields as social welfare and medicine while also having the ability to extend the opportunity to experience musical performances to people who do not have access to real pianos.

The original goal of the development team was to create an instrument that anyone could play, regardless of disability. However, actual interactions with high school students with disabilities revealed that what they sought was not an instrument for people with disabilities; it was a real instrument on par with those used by professional musicians. To meet this desire, we needed to employ universal design principles to deliver the joy of playing a musical instrument to anyone, regardless of their environment or whether or not they have a disability.

Accordingly, Yamaha chose Daredemo Piano as the fiscal 2022 theme from the “Company UD Visiting Lectures” universal design program*2 that is part of the efforts of Hamamatsu City, Shizuoka Prefecture. This program was used as an opportunity to communicate the transcendental joy brought by music as well as the importance of technological innovation for transmitting this joy to everyone through presentations on the philosophy behind Daredemo Piano and the story of its development.

We thereby sought to contribute to the growth of the people who will be responsible for shaping the inclusive society of the future.

*2: The “Company UD Visiting Lectures” universal design program is part of a larger program for promoting community development through universal demand targeting elementary school students in Yokohama. This program seeks to communicate the universal design philosophies and policies of companies and how consideration for various people is reflected in products and services to encourage children to look at society and envision their future occupation.

Universal Music Starting with the Individual

It is often said that music is something that is loved by all, regardless of their country or physical characteristics. However, we have to ask ourselves, “Is music really accessible?” There are a number of objects that need to be overcome in order to transform sound into music. One needs to be able to read music, to play an instrument, and to hear.

I believe that creating music starts with a focus on a single individual, from that simple understanding found by engaging with one person. Finding a way to inspire one single person is the first step on the road to creating universal music that can move crowds of people.

Pianos have long been one of the most prominent musical instruments. In recent years, it feels as though the distance between players and their audiences has grown smaller, due in part to the emergence of performers playing street pianos in open spaces and individuals streaming piano performances online.

I cannot play the piano. So, no matter how small this distance becomes, I will never be on the performing side. However, I am an engineer, and it gives me great joy that the Daredemo Piano initiative, which I began based on the desire to eliminate inherent barriers to playing the piano, has gained such positive attention.

The piano is a tool for universal communication that transcends language, and it is my genuine desire that even more people will be able to form a connection with the piano in the future. 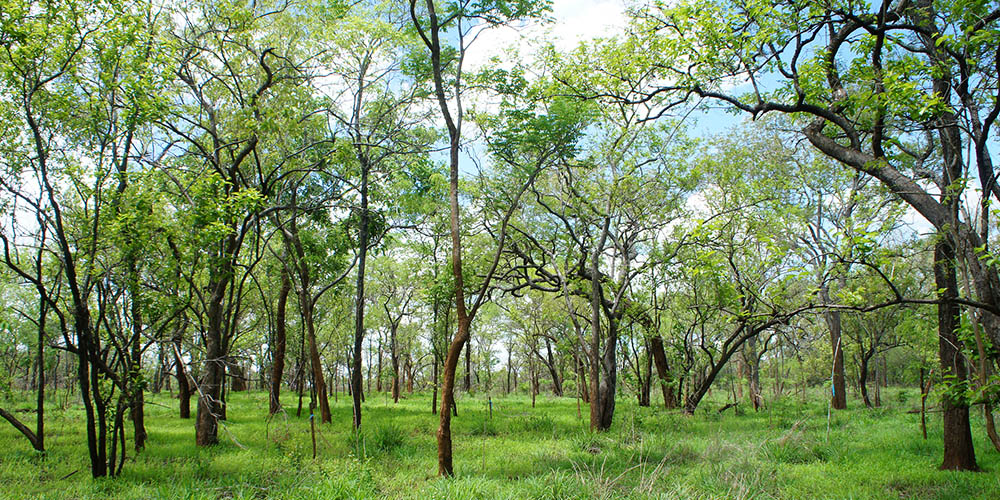 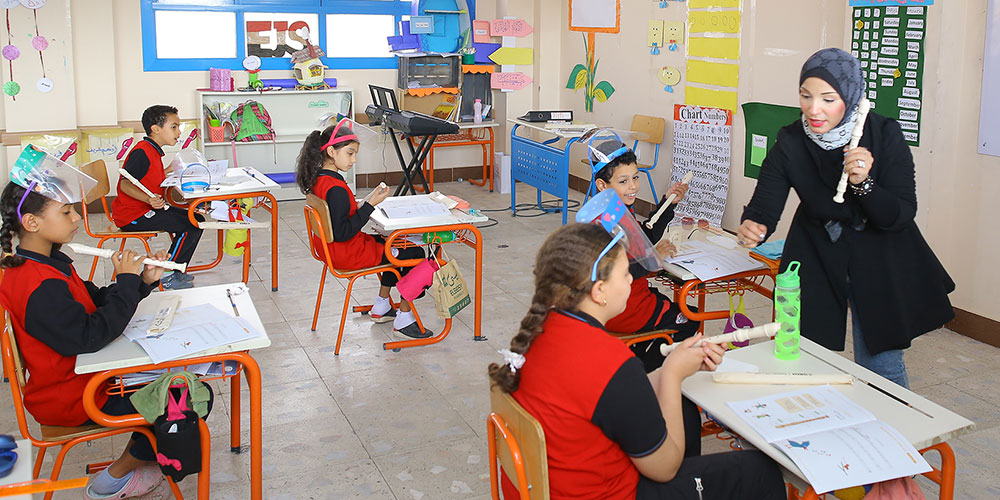 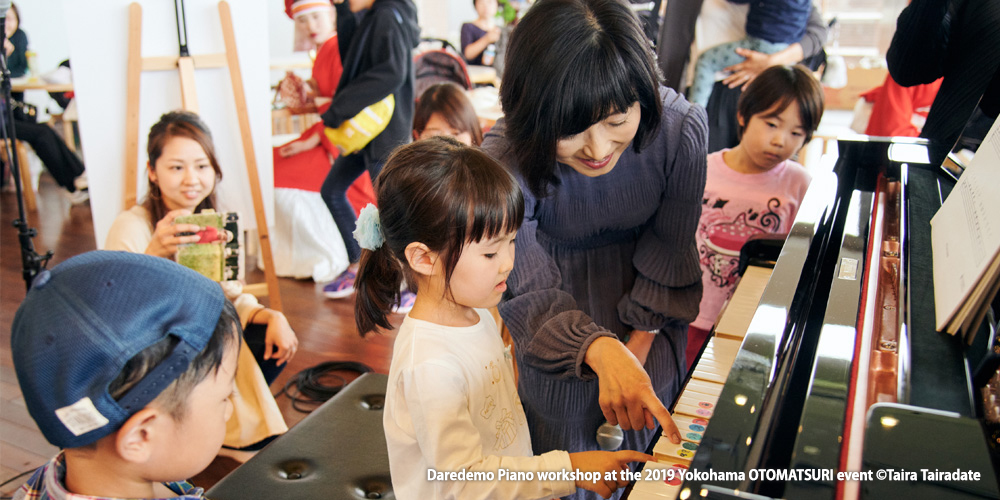