India boasted an estimated population of approximately 1.3 billion in 2020 and is projected to surpass China as the world population leader in 2030. This country is garnering a great deal of attention for its seemingly limitless potential, as indicated by factors such as its GDP growth rate, and a number of Japanese companies are expanding into this market accordingly. The Yamaha Group’s presence in the Indian market can be traced back to the 2008 establishment of local subsidiary Yamaha Music India Pvt. Ltd. With the start of operation of our first production site in Chennai, India in 2019, we are now developing operations that integrate manufacturing and sales in which we produce and sell entry-level portable keyboards, acoustic guitars, and professional audio equipment to the growing Indian market as well as to other emerging markets.

We also launched the School Project in India in 2018 to support the provision of unique musical performance experiences. Through this project, we aim to communicate to Indian children the joy of musical instrument performance and to help them grow in a more fulfilling manner.

One characteristic of the School Project is the Music Time Program, a unique progra m that provides musical instruments, teaching materials, and instructional know-how in a packaged format in regions where music education primarily consists of classroom learning lacking opportunities to actual play instruments. It is not uncommon for music teachers in such regions to have almost no experience playing instruments. To address this issue, we supply educational content that enables students to have fun learning how to play instruments like recorders and portable keyboards. As of March 31, 2020, the School Project was being instituted in five countries. In these countries, this program is adapted through means such as the incorporation of local music traditions and the holding of events allowing participants to present what they have learned. Through this approach, we are delivering more energizing musical instrument experiences matched to the local culture of the respective countries.

The ultimate goal of the School Project is to provide children all over the world with equal access to high-quality musical instrument performance experiences. One success with this regard is expected to be seen in Vietnam, where we have been engaged in efforts to introduce and entrench instrumental music education into elementary and junior high school education in collaboration with Vietnam’s Ministry of Education and Training. As a result of these efforts, recorder instrumental music education is scheduled to be introduced into the educational curriculum guidelines of this country in September 2020, providing children with equal access to musical instrument performance experiences.

In India, where we have been advancing the School Project since 2018, music education is not included in the public education curriculum. Such education is currently only available at certain private elementary schools in India, and even there it is often limited to classroom learning.

Music performance viewing is very popular in India, but this country traditionally does not have a culture of music performance by members of the general public, and the opportunity to play music instruments has previously been confined to musicians. Not exclusive to Western musical instruments, which are a form of culture imported into India, interactions with instruments among the general public have been primarily limited to children from wealthy families who learn how to play piano as part of their cultural refinement or to acquire qualifications.*1 Accordingly, the majority of children are still rather unfamiliar with musical instruments.

To achieve the optimal method for introducing music education in India based on the recognition of the conditions in this country, we have begun our efforts by proposing the Music Time Program in private elementary and other schools. We began offering this program to 44 schools in India in fiscal 2018 and an additional 81 schools in fiscal 2020, making for a total of 125 schools as of April 1, 2020.

The School Project in India is focused on providing instrumental music education opportunities using recorders to students in the third grade of elementary school or above. Recorders are ideal instruments for children’s first instrumental music education experience as they are easy to play and familiarize oneself with and they combine both fingering and blowing elements. At schools where this project is implemented, we have received comments from children stating that the presence of music classes has made going to school fun for them. High praise has also been received for the interactive nature of instrumental music education, especially when compared with one-way classroom learning led by school music teachers.

Going forward, Yamaha will work to provide environments that allow those interested to continue to pursue instrumental music education means such as the introduction of the Music Time Recorder Advance for fourth grade elementary school students and above. At the same time, we are cultivating regional sales officers specializing in making sales calls to schools to promote the spread of instrumental music education in India, which is a massive country with more than 80,000 private elementary schools alone.

A major factor behind this situation is the approach toward developing regional models that Yamaha has been adopting since 1986 in areas where traditional music enjoys enduring popularity, such as China, the Middle East, and India. In India, which is a melting pot of various musical traditions, we have been selling regional portable keyboard models that reproduce the notes of such traditional music instruments as the sitar since 2007. These products have been embraced by numerous local customers.

The latest models in this line are the PSR-I500 and I400, produced at our new Indian production site. These models can reproduce the notes of a wider range of traditional musical instruments than prior models and include new automated accompaniment features suited to reproducing traditional, pop, and other Indian music to allow users to perform a more diverse scope of music. We are thereby proposing performance styles matched to Indian musical culture. In the future, we also anticipate that these portable keyboards will be utilized for the Music Time Program alongside recorders.

The PSR-I500 and I400 Indian portable keyboard models were designed to allow users to enjoy performing the pop and traditional music popular throughout India to an even greater degree. Features of these models include an expanded range of reproducible notes, enhanced automated accompaniment functions, and various other characteristics matched to the predominate music trends of the country. Moreover, the PSR-I500 and I400 propose new ways of enjoying music, such as creating one’s own unique melodies using the quick sampling feature or sharing one’s favorite performances on social media using USB memory devices.

Yamaha has been developing music education businesses as one facet of its efforts to spread music culture for roughly half a century.

Together with partners around the world, we have been creating opportunities for ongoing education about music and musical instruments. Going forward, Yamaha will continue its quest to communicate the joy of music and musical instrument performance to children worldwide by combining its unique education methods with an understanding of local music cultures. We, thereby, aim to contribute to the accomplishment of Goal 4 of the United Nations Sustainable Development Goals: “Ensure inclusive and equitable quality education and promote lifelong learning opportunities for all.”

Some of the children participating in this program have gone on to take the recorder tests of the ABRSM*2.

Going forward, I hope Yamaha will continue to support the growth of children by providing opportunities for them to take part in musical performances on large stages and by deploying non-recorder programs.

In India, there are few opportunities for children to perform with musical instruments as part of public education, and there is also a shortage of music teachers. Moreover, many schools are hesitant to introduce instrumental music education despite the interest.

At Yamaha Music India, we are soliciting the importance of instrumental music education to society in the hopes that every child will have at least one opportunity to learn how to play a music instrument in their life. To help spread the joy of musical instrument performance, we are faithfully contributing to overall improvements to India’s music education. Specific initiatives with this regard include training for heightening the skills of music teachers and the provision of the necessary guidelines for educational professionals and others. 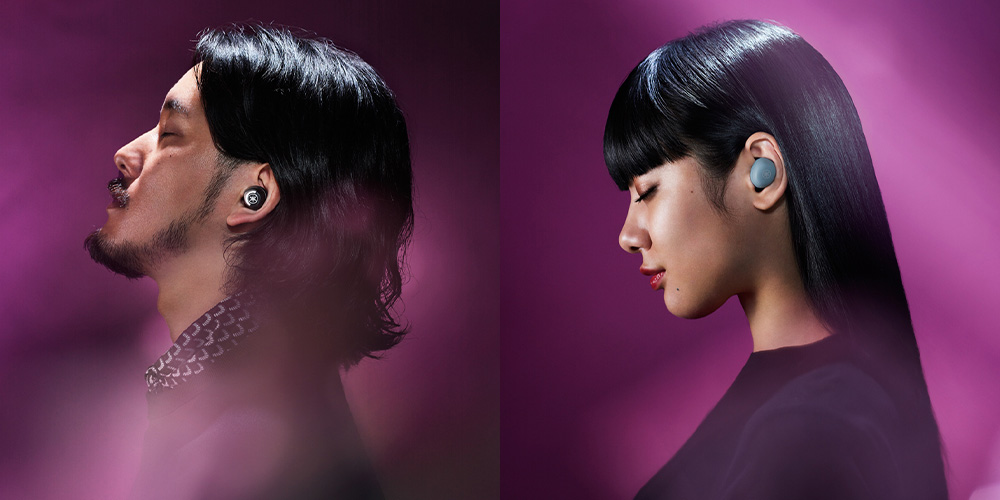 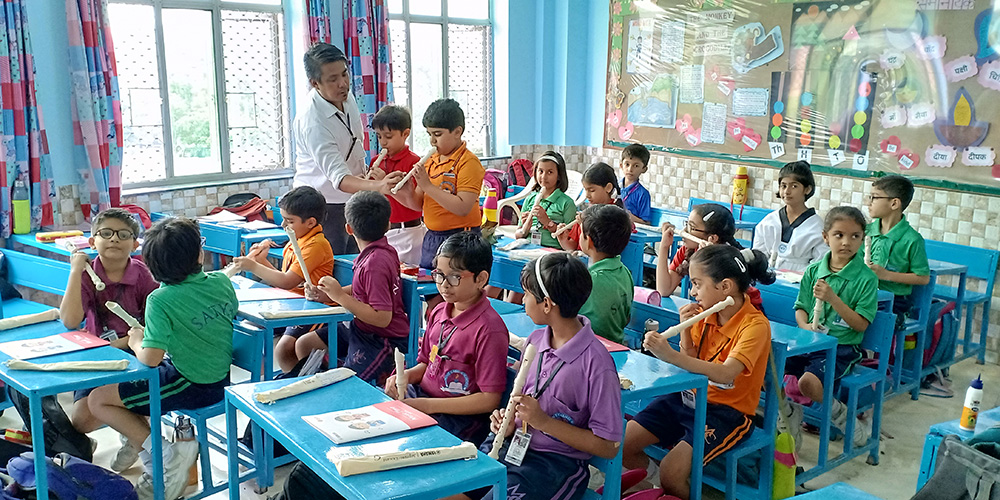 Feature 2: Communicating the Joy of Musical Instrument Performance to Children in India through Instrumental Music Education