Yamaha’s flagship model, delivering everything a drummer wants in a pedal.

The FP9 Series features a color scheme intended to both create and foster the growth of a new identity for Yamaha foot pedals. Blue is used as an accent color for the new structural parts, so that the characteristics of the products themselves become unique features of the design. 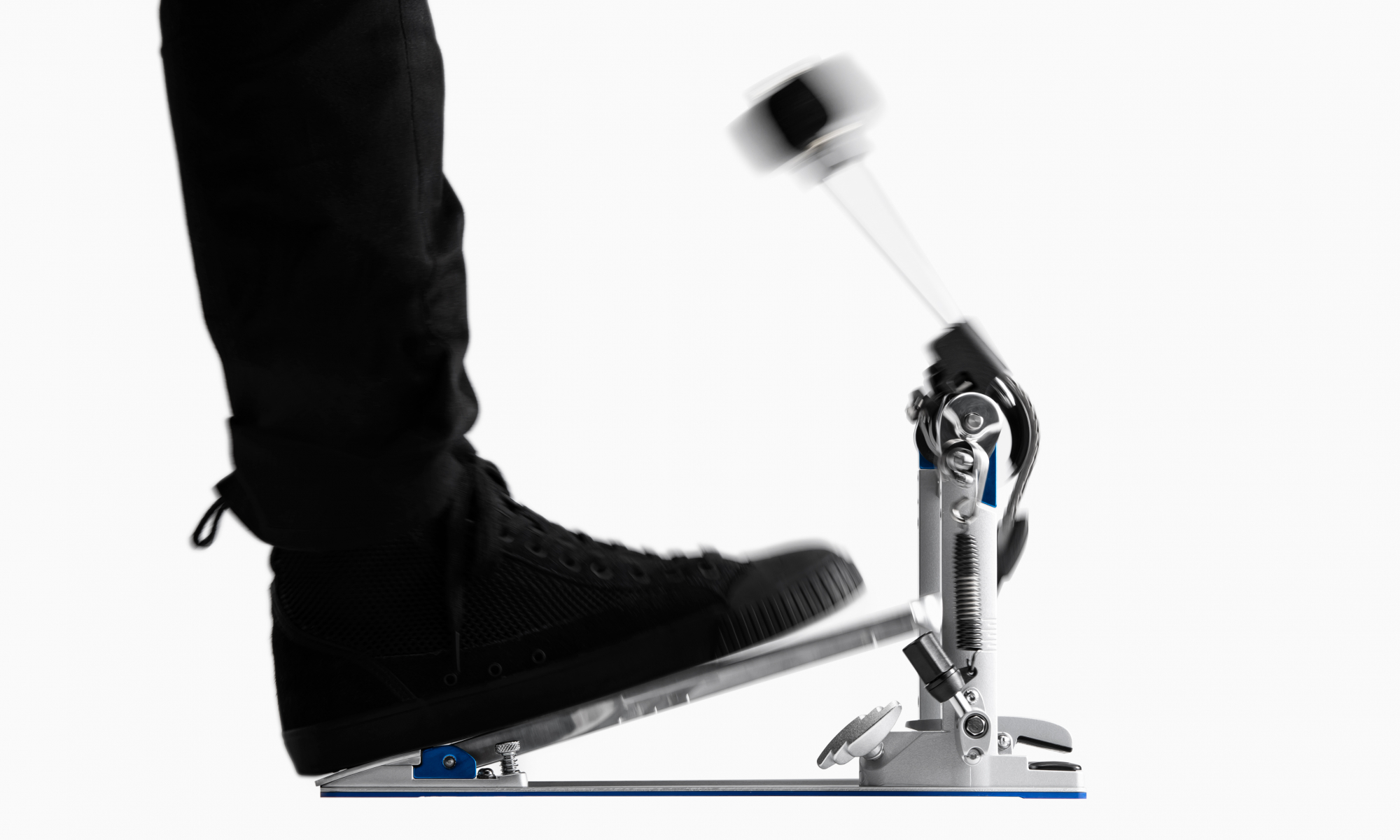 The slim profile of FP9 Series drum pedals conveys an impression of a light playing feel. The plate on which the drummer rests their heel has been made as thin as possible, making it easier to slide the foot left and right as well as forwards and backwards and also allowing a more natural posture when playing.

Although previous series of drum pedals featured a single-piece frame, in the FP9 Series the frame is separated from the units used for numerous different functions, increasing the precision of the positioning and connection of each unit, and reducing shaking. In addition, the adjusters in each location allow stress-free setup of kits, so that drummers can configure them to suit their preferences with ease.

The characteristic Yamaha battledore plate shape and long board are continued from earlier series, and retain the playability so familiar to users of our current products. The mirror finish and blue coloring give the FP9 Series presence even in dark situations, giving them a functional recognizability and providing a more inspiring performance experience.

The FP9 Series is Yamaha’s lineup of flagship foot pedals for drums. In developing the first models in years to have a new construction, I came up with the design concept of creating an identity for Yamaha foot pedals.
These models represented a complete model change, and involved dividing the pedal into different units, adding new structures such as adjusters to improve usability, and then utilizing accent colors for these structures to convey the new values they represent. The simple, refreshing blue is a perfect fit for the image of these foot pedals with their jaunty, precise feel, and has been used in important functional areas such as the case cushions that protect the drum hardware and the sole sections used to increase grip—areas that do not usually stand out. This was one of my answers to the problem of how to embody Yamaha’s instantly recognizable originality and playing feel—concepts which cannot be expressed in words—in a manner that communicates them visually.
For these flagship models I adopted a color scheme themed around the concept of “novelty=natural, attractive accent colors,” which will also be utilized for other models in future, allowing us to continue to nurture the identity this creates as we go forward.
I like cameras, and am particularly fond of models from PENTAX, a maker that has used the same mounting system for a very long time. This gives a sense of consistent dedication regarding their products, and as a user, it also inspires satisfaction and the desire to own their products.
Although technology is constantly evolving, I believe that clearly identifying those areas that should remain unchanged from past Yamaha series as well as those that should be changed inspires trust and a willingness to use our products. I think that these products represent the first step in a challenge that will take many years to complete. The products themselves inspire the desire to own and are satisfying to use, and I can recommend them with confidence.