A live performance reproduction system that allows you to relive the power of artists’ performances. 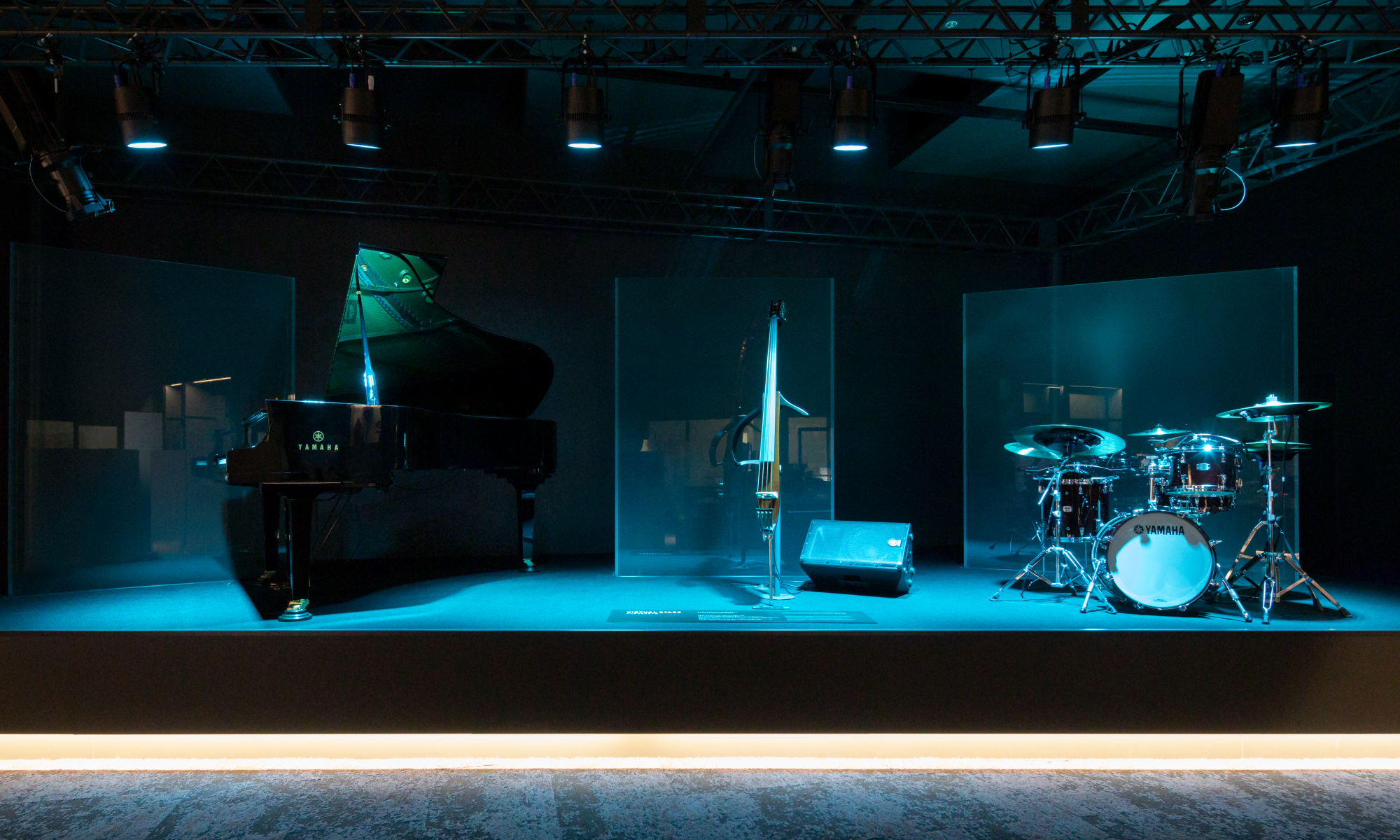 We developed the concept of a “vacuum-packed live performance” that preserves and reproduces artists’ performances just as they are. By combining sound digitalization and reproduction of instrument vibration with translucent screen technology, the feeling of a live performance can be enjoyed without the constraints of time or place. 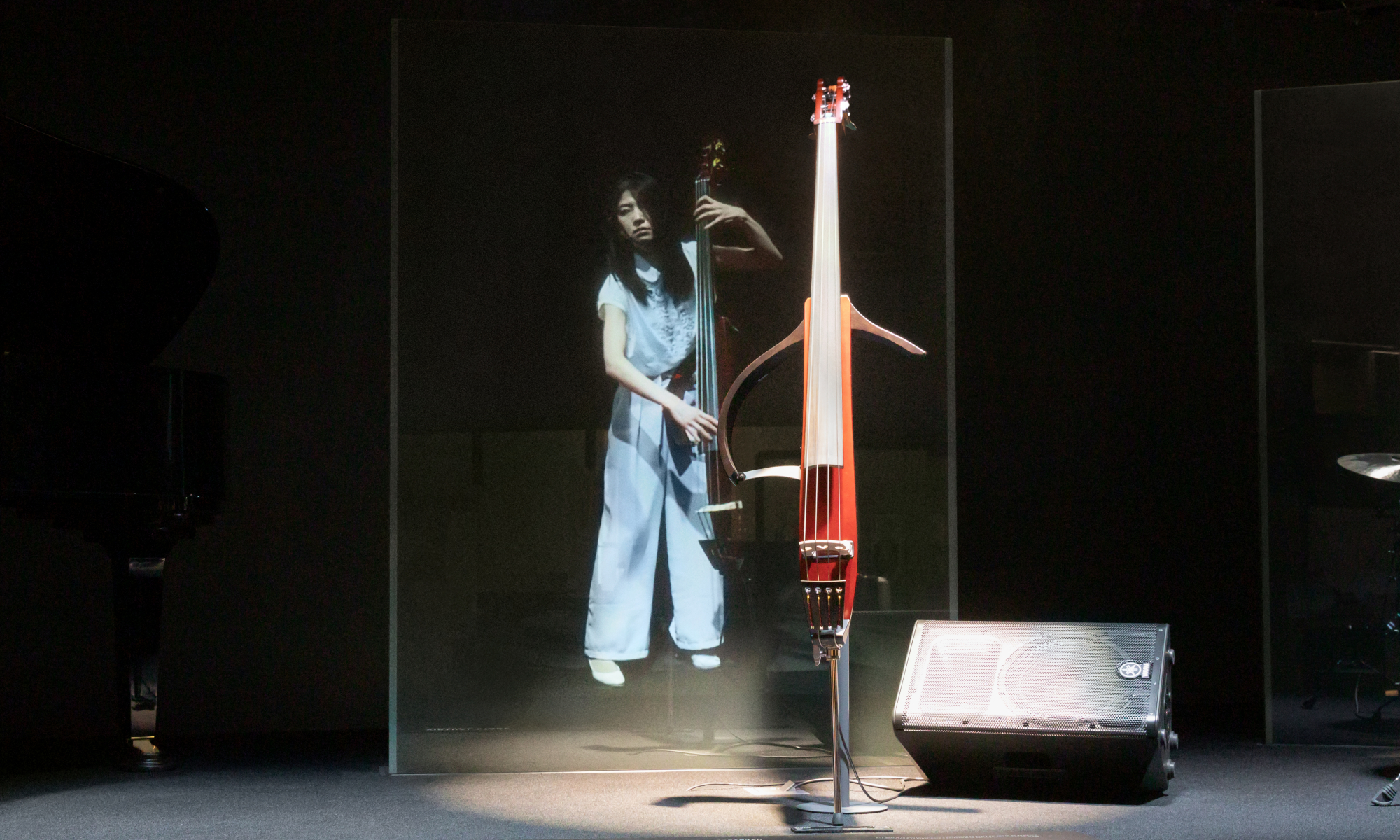 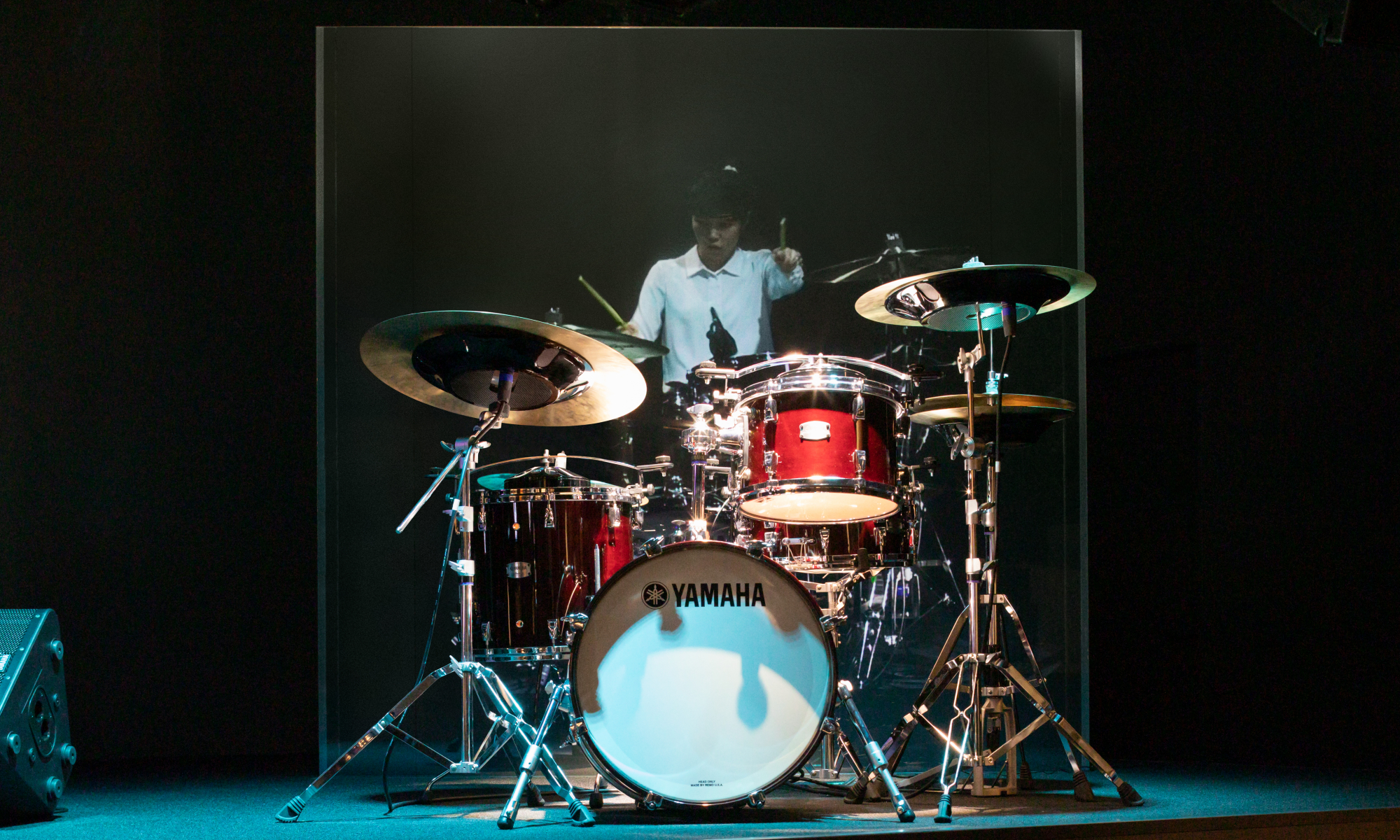 Projecting the powerful images of artists performing onto a life-size translucent screen offers onlookers the experience of a live venue just as it is, without the intrusive presence of any monitors.

A device converts data from sound played by an artist into detailed vibrations, which “play” the drums and cymbals. This mechanism allows faithful reproduction of the strength and nuanced touch of an artist drumming. 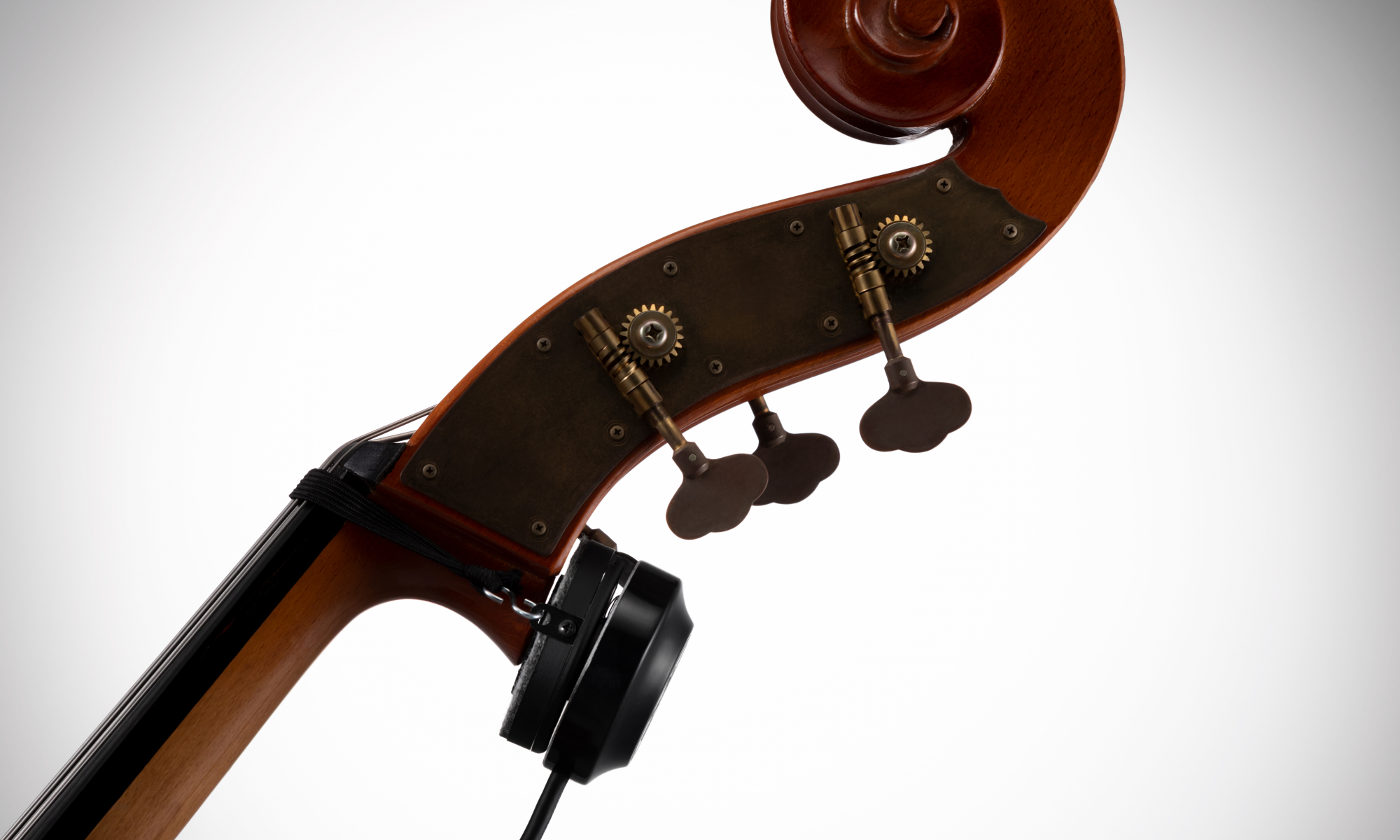 For the double bass, we discovered that attaching the device that transmits sound vibration to the bridge and head enhanced the fidelity of the reproduction we were able to achieve. We recognized that the device should be completely unobtrusive, and gave it an elegant texture that does not infringe upon the original charm of the instrument.

Real Sound Viewing is a system based on the concept of wrapping up a live performance in vacuum packing to deliver the real sound of that performance to everyone.
Recording and playback of live performances are possible by combining Yamaha sound digitizing technology and new sound production technologies such as our TransAcoustic technology, with the translucent screen technology used in virtual pop idol Hatsune Miku’s performances.
This arrangement eliminates the constraints of time and place, and reproduces live performances that viewers were not able to attend because tickets were unavailable, the venue was too far, the band broke up, or the artist passed away.
Up until now, the power and realism of musical performances has unfortunately not been fully conveyed by means such as live DVDs and public screenings. However, the Real Sound Viewing system now allows artists to reach many people across time and space with experiences that have the power of actual performance venues. One could say that this system became a reality only because of Yamaha, a musical instrument manufacturer that can also develop all of the required audio equipment in-house.
This system makes it possible to recreate any number of legendary live performances, like the Beatles’ performances at Nihon Budokan, and to preserve upcoming live performances for future generations. Since not only the audio source but also the musical performance can be captured just as it is, I believe that in the future, music can be preserved as a part of our intangible cultural heritage just like artwork or handicrafts.
In fact, I never forgot seeing Blanky Jet City perform in Yokohama on their farewell tour when I was in high school. That led me to go to university in Yokohama, where I joined a band and fell more in love with music, and then joined Yamaha. This is an example of the great power of live performances, which can change people's lives.
It intrigues me to think that there could be a cycle in which people 100 years from now would be inspired by watching the Beatles or Hibari Misora perform live, and create their own new music.