Yamaha operates music education programs across the globe, including the “Yamaha Music School”, which boasts a history of over 60 years. Through music, we have helped to enrich the lives of children as they grow. A world in which as many people as possible enjoy music, in which people share in the joy of music, and in which people’s lives are enriched through such experiences... as a musical instrument manufacturer, Yamaha recognizes that it is our mission to contribute to the creation of such a society.
There are still many places around the world where children are not even blessed with the opportunity to touch a musical instrument, due to an educational environment which lacks equipment, teachers, and curriculum, even in schools.
In order to provide more children with the opportunity to play musical instruments, and to convey to them the enjoyment of music and musical instruments, Yamaha is engaged in activities in multiple countries to spread musical instrument education in schools.

Since 2015, Yamaha Corporation and related local corporations have partnered on the “School Project,” an initiative with a focus on emerging nations. In this initiative, Yamaha works closely with local educational institutions to support the development of an environment in which children can experience musical instruments in schools, providing children who have never even touched a musical instrument with the opportunity to play one.
Based around the proprietary program “Music Time,” which offers Primary schools a package of musical instruments, teaching materials, and instructional know-how, this initiative allows children to enjoy learning portable keyboards or recorders during primary school classes or extracurricular activities. At the same time, this initiative holds various concerts and events to provide children a platform from which they can demonstrate the results of these classes.
Showing the fun of music to children through musical instrument education not only supports their growth, but also contributes to the music education and culture of that country.
This initiative utilizes the unique music culture of each country and is currently being conducted in Malaysia, Indonesia, Russia, and Vietnam. By proposing curricula which fit the circumstances of each country, Yamaha hopes that music instrument education will take root and become self-sustaining in the future.

Example of Initiative in Indonesia

In 2015, Yamaha began the “Music Time” portable keyboard (PK) program. All primary school children in second grade take this program, and the number of children who now enjoy playing musical instruments has clearly increased. In 2017, Yamaha implemented recorder and pianica programs at 490 schools throughout Indonesia after signing an agreement to cooperate with “Strengthening Character Education,” an initiative of the Indonesia’s Ministry of Education. Furthermore, Yamaha held an “Ensemble Video Competition” with Indonesia’s Ministry of Education to provide children a stage to demonstrate the results of their study and to contribute to the development of music education in Indonesia.

Example of Initiative in Vietnam

In partnership with the Vietnam’s Ministry of Education and Training, Yamaha is conducting an initiative to promote the implementation and establishment of education using musical instruments in music classes at primary and secondary schools.
In Vietnam, instruction with musical instruments is not included in the course of study at primary and secondary schools. As such, most children do not have the chance to play musical instruments in school music classes. In order to improve the quality of music education in Vietnam, Yamaha is taking initiatives as it aims for the implementation and establishment of musical instrument education in the course of study, which is planned to be revised in 2019. In 2017, Yamaha signed a memorandum of understanding regarding promoting instrumental music education more widely in Vietnam with the Ministry of Education and Training of the Socialist Republic of Vietnam. For the three years up to 2020, Yamaha is working to form music clubs that will make use of recorders and pianicas in 245 primary schools in 10 cities nationwide in Vietnam, under government approval.
In 2016, these initiatives were selected as a Certified Project of the “Public-Private initiative to Disseminate Japanese-style Education Overseas (EDU-Port Japan)” of Japan’s Ministry of Education, Culture, Sports, Science and Technology. In September 2018, they were again selected as the same certified support projects. Furthermore, in June 2018, these initiatives were selected to receive support from JETRO’s “Rule-creation Support Project to Solve Social Issues.”*
Under partnerships with governments and related institutions, Yamaha will continue to provide support for the creation and development of music culture in Vietnam.

Boosting the Quality of Music Education

As Yamaha promotes activities in each country, we are also conducting initiatives to test the benefits of musical instrument education in collaboration with the College of Education at Yokohama National University. Through academic testing of the educational value of musical instrument education and its influence on children, Yamaha can improve the quality of the education programs we operate around the world and contribute to the development of the country, its music education, and culture.

Music Popularization Program in the GCC and Africa

Initiatives to spread music using the know-how of Yamaha are being conducted across the globe.
Among them, Yamaha Music Gulf (YMGF), a Yamaha subsidiary tasked with sales in the GCC and other countries in the Middle East, Africa, the CIS, and Western Asia, regions where western music education has not taken root, is implementing music promotion activities in schools based on the local circumstances of the country.
Especially in the Middle East and Africa, while there are music classes in schools, the lack of musical instruments, instructors, and know-how means that in most cases such classes are limited to chorus and theory. In 2012, YMGF started a school music education promotion project in order to support the education and growth of children through musical instrument education. YMGF promoted this project in collaboration with local branches and demonstrated the importance of music education by holding classroom visits of Japanese elementary schools for education officials in each country.
After starting with one school in South Africa in 2016, YMGF expanded recorder classes to about 3,300 students in 33 schools in South Africa, Nigeria, Kuwait, UAE, and Kenya in fiscal 2018. YMGF plans to add Pakistan, Morocco, and Uganda in the future and expand its activities to start pianica classes in Pakistan. 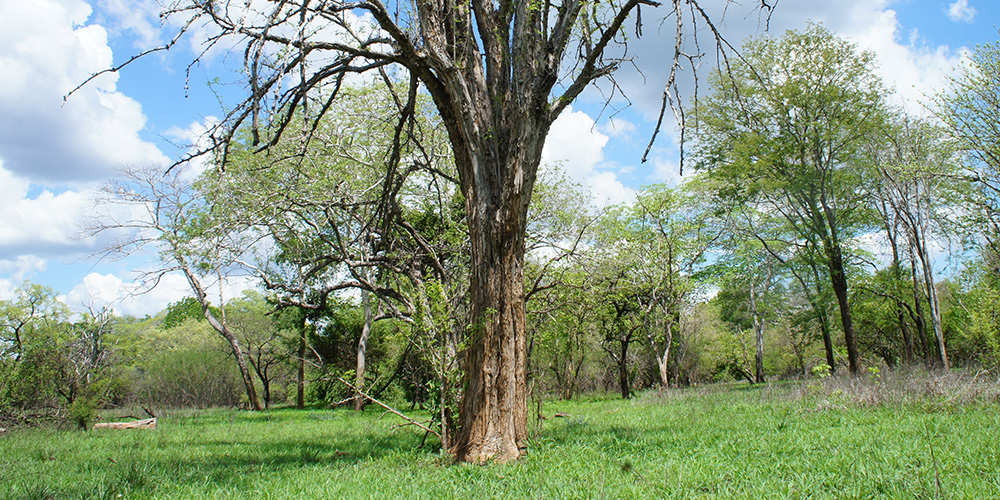 Preserving the Tones of Yamaha for the Next Generation 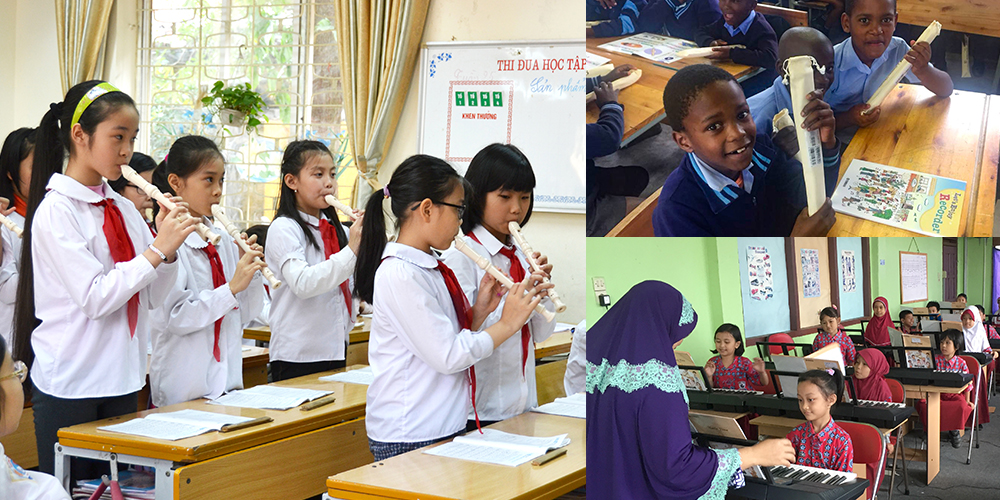 Supporting the Development of Youth Through the Power of Music