A digital keyboard offering easy access to the delights of sound creation. 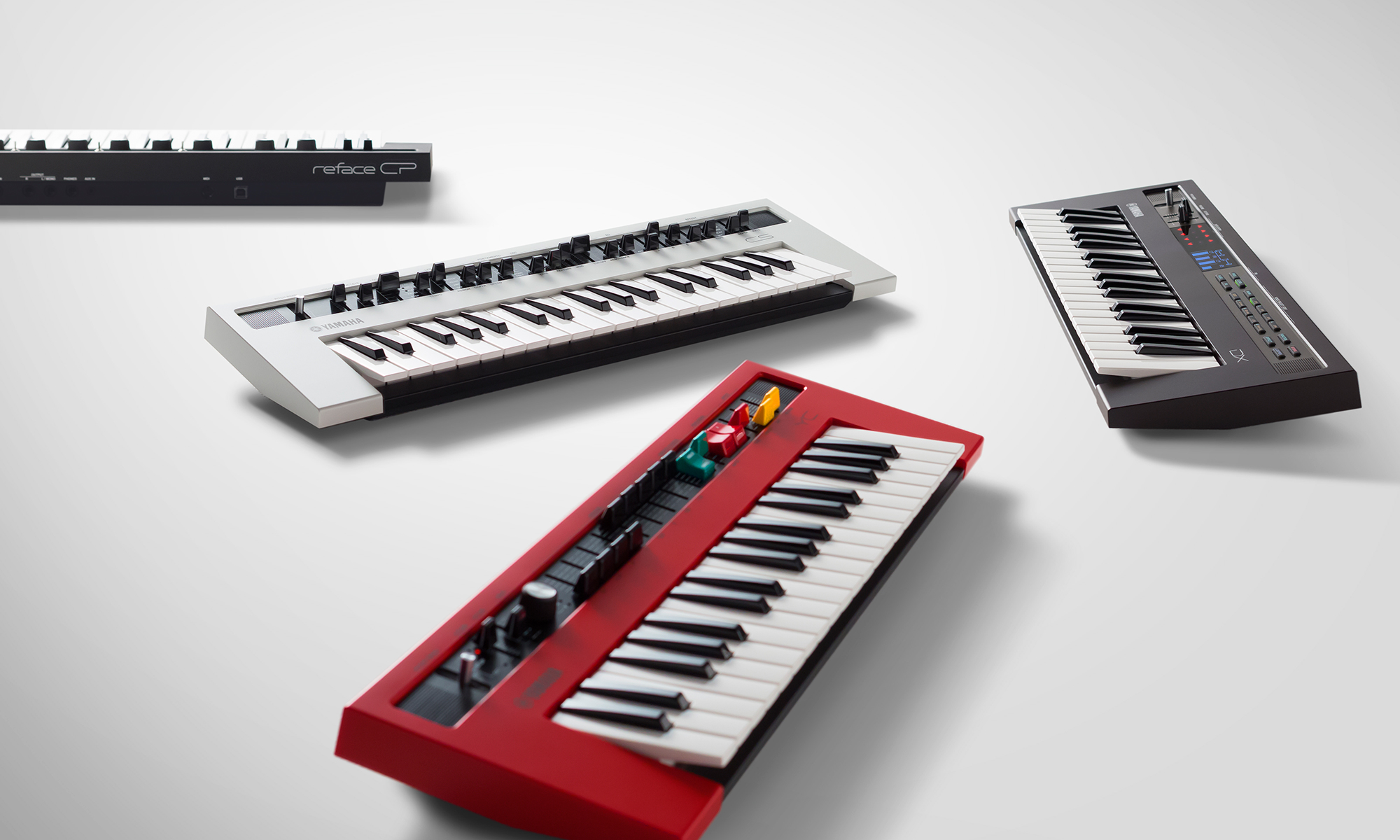 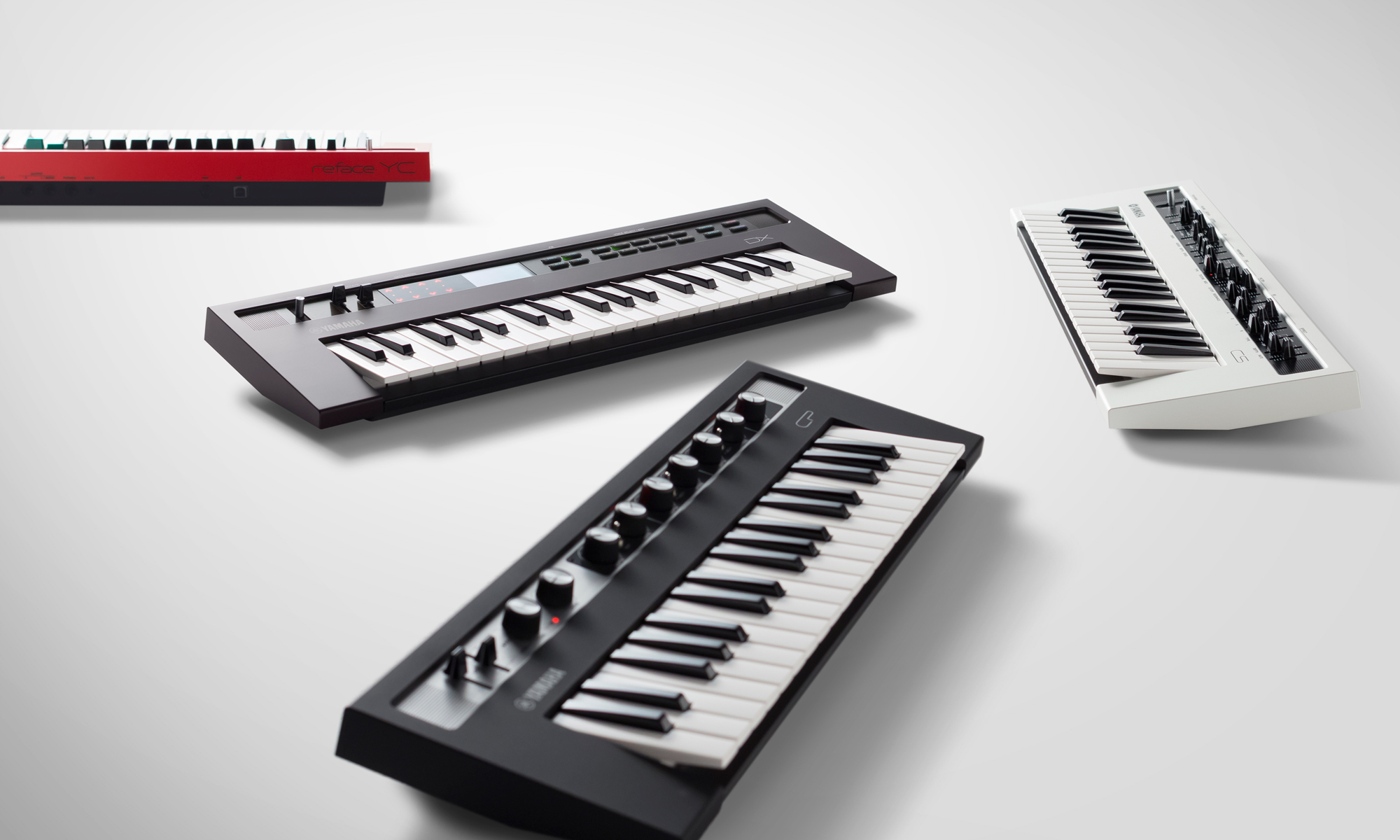 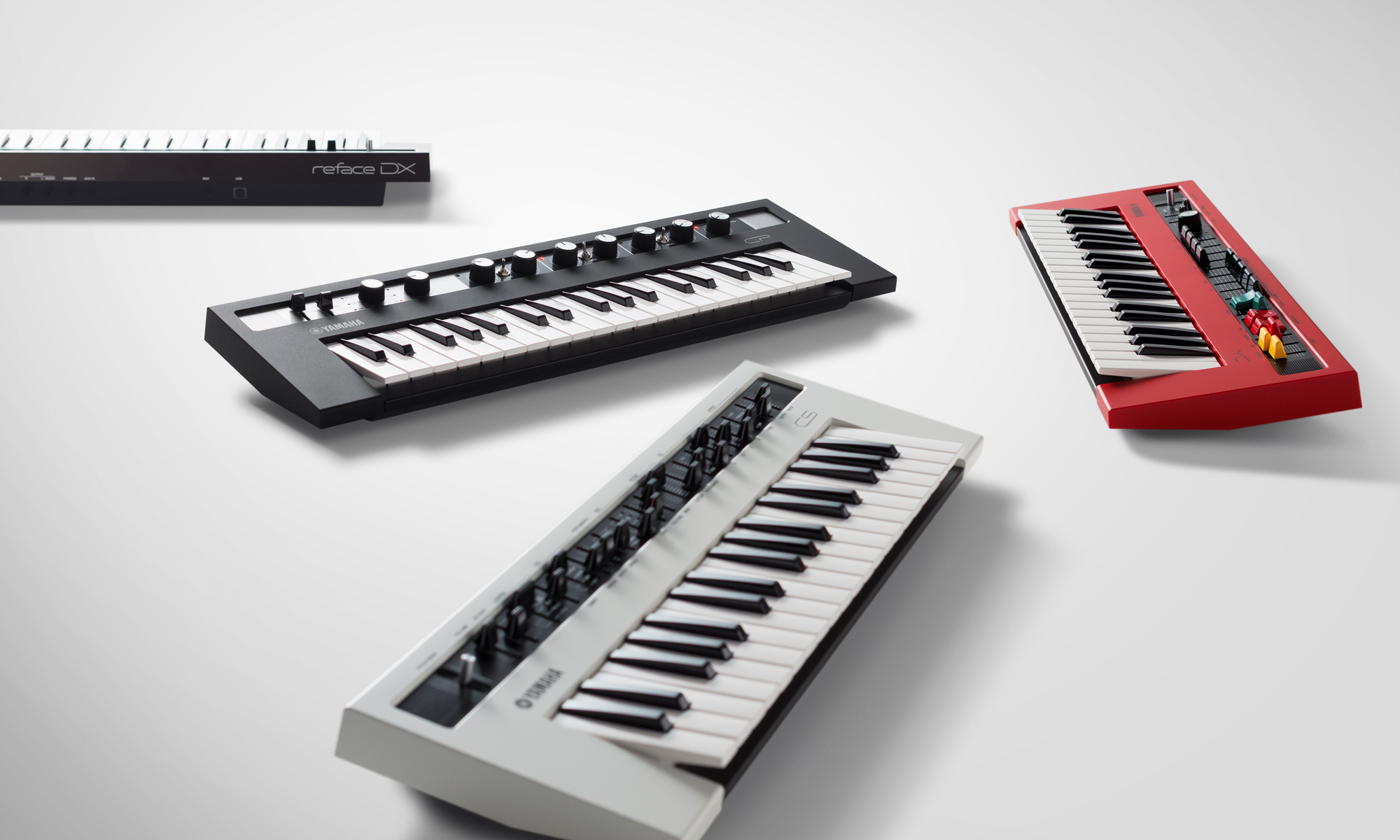 A musical instrument that owners can take out easily to play whenever and wherever they want. reface keyboards put performers at ease, and can be played without fuss, promoting the enjoyment of creating music.

The control panel features knobs laid out in a manner appropriate to the pitch of the keyboard, and square speaker grills at both end. The compact bodies of the instruments are packed with functions, and feature a standard format with varied colors and operating panels that express the individual characteristics of each model.

reface keyboards are compact and simple, with a form suited to their function, and created from carefully considered materials. Each model features colors and textures that express their identities as instruments in even the smallest, most detailed areas. 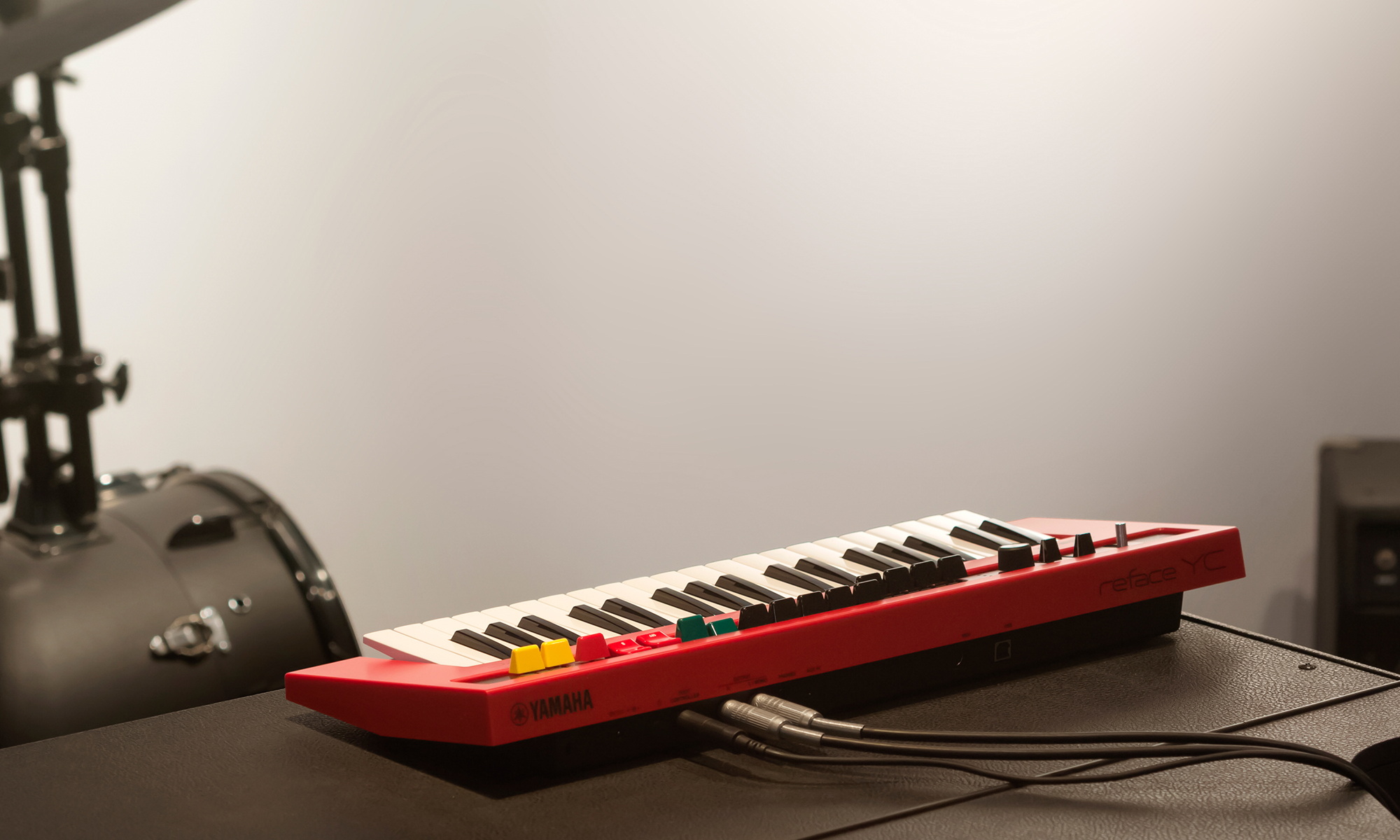 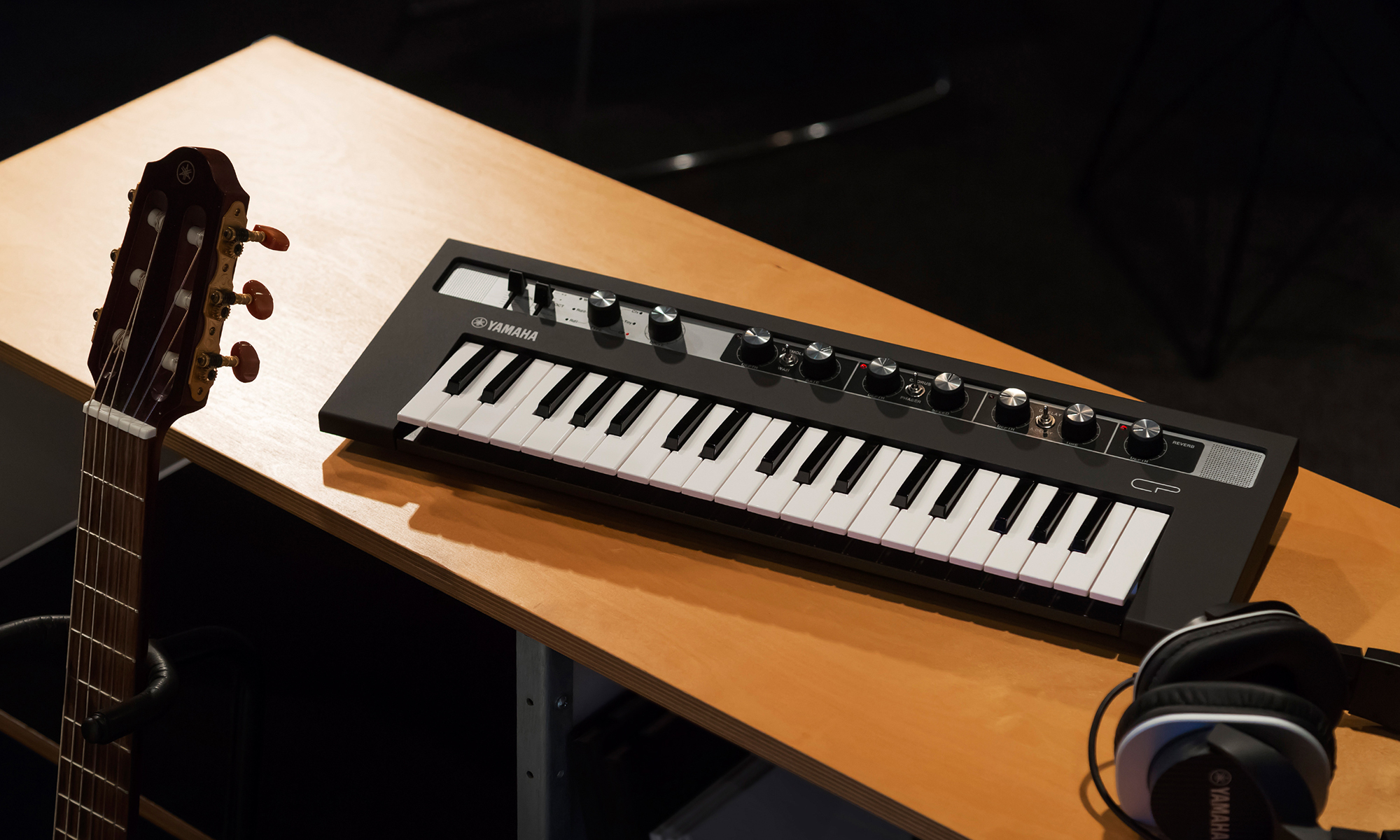 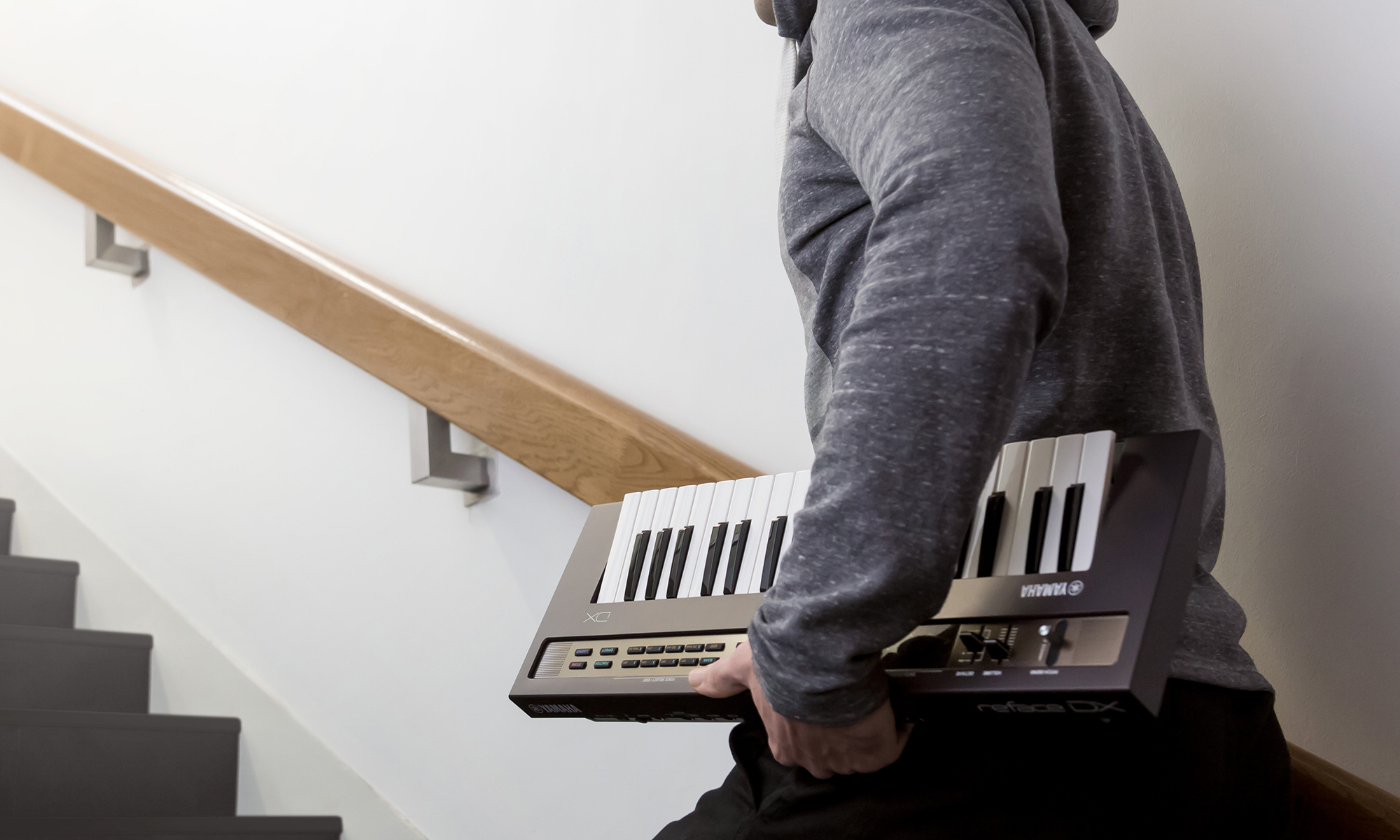 reface keyboards are extremely simple, and are intended to be instruments that players do not tire of, and which they grow to love with use.

A Full-Blown, Easy-to-Use Digital Keyboard that Revives the Legacy of Yamaha.

“reface” is a series of compact keyboard instruments that revives famed Yamaha keyboards of yesteryear, bringing them into step with modern times. reface keyboards allow players to give authentic sounding performances with ease, and feature a variety of knobs on the control panel that can be used for sound creation.
The development of this series came at a time when synthesizers and digital pianos were making a comeback. Basing our efforts on four different in models that can now be termed legacy instruments, we designers started from the idea that it would be both intriguing and intuitively easy for players to understand if the design was recreate each instrument in a frame of the same dimensions. A dedicated “reface” mini-keyboard was created with keys that are 10 mm longer than previous mini-keyboard keys, giving reface instruments an authentic playing feel. The name “reface” comes from the concept of reacquaintance with the instruments of yesteryear, and could also be seen as another way of saying “re-interface.” Although the coloring and textures of the new instruments contain elements of the instruments after which they are patterned, the interfaces of the various reface models have been redesigned for sound creation rather than to recall their predecessors.
Initially the panel layout, which features knobs arrayed in a row on the control surface, was inspired by the idea of confectionary laid out in a box. We were inspired to create a beautiful pattern that stimulates the desire to touch the buttons and knobs of the reface, similar to the urge one feels when opening such a confectionary box and is confronted with the myriad shapes and colors of the contents laid out in their rows.
Of course most of our actual work was based on logic, but I believe it was that imagery that led the way to the final design. In order to express the idea of “easy and authentic” we made repeated evaluations of which areas to make rounded and which to sharpen. We devoted a great deal of effort to other more detailed areas as well, but I believe the products will speak for themselves, and I hope that those who use them will notice them over time. I hope also that they will be proud to own these instruments, and feel happy to have them to go home to, and eventually that the reface keyboards will become something that their owners are totally absorbed in.