A synthesizer that offers professional-grade sound and functionality in a lightweight body. 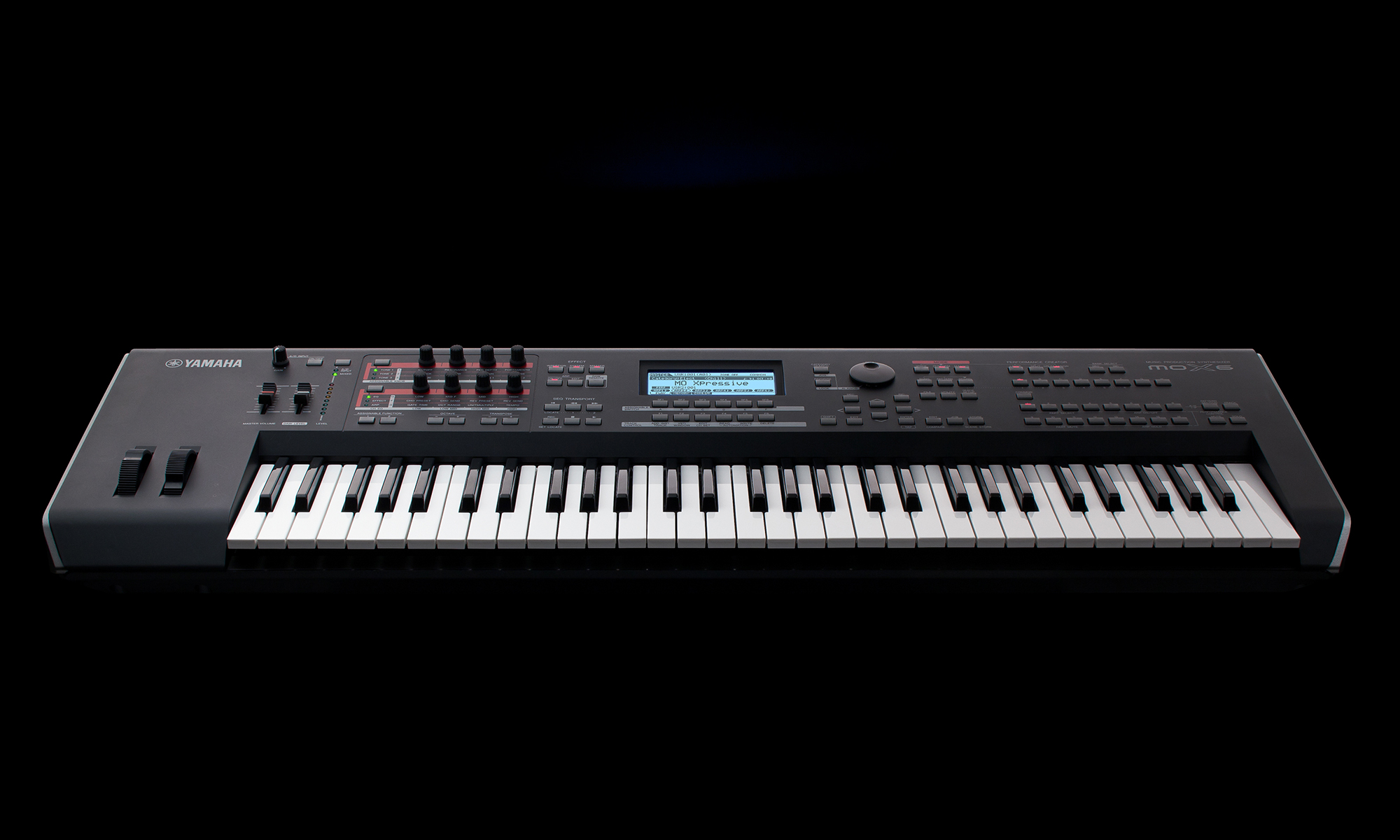 The body of the MOX features tapered corners and a curved cross-section at both front and back, giving the performer a synthesizer - an instrument which conventionally lends itself to a radical image - with a feel of softness, conveying a sense of unity with the instrument, and projecting an air of both quality and familiarity.

The red surround that covers the side panels of the MOX synthesizers symbolizes the torrent of power hidden within. Cocooned by the sleek exterior, all of this power is quietly waiting to be let loose by the player, and accentuates the passion of the musician facing the audience.

The MOX series offers a compact 61-key model and an 88-key weighted-action model, allowing users to choose a keyboard that suits their playing style. The MOX is a study in contrast, and maintains an insistence on a design concept based on flowing curves that link the player to the audience.

The knobs allow the performer to alter the sound dynamically while playing, and are arrayed together with the keyboard to create a “real-time control zone” To allow them to be distinguished from other controllers intuitively, the area around the knobs has been delineated by grooves rather than by simple printing.

Advanced DAW connection functions allow the performer to control PC-based software directly from the MOX. The lettering on the controllers used for remote control functions is displayed in relief, for easy, intuitive use.

"Smoothness" that gives form to esthetics.

The MOX is a lightweight workstation synthesizer that offers excellent cost-performance, while inheriting the superb sounds and functionality of Yamaha’s flagship "MOTIF" workstations, instruments that have won the acclaim of professional musicians.
The design maintains the functional interface of MOTIF-series keyboards, and is intended to provide a lively feel that inspires people to touch and play it. In designing the MOX, I explored the motivations behind the preferences for various synthesizers and the music for which these instruments are used before arriving at a keyword for the design; "smoothness."
Encompassed within this keyword are four concepts: first, "Motivational Smoothness," which inspires musicians to play; second, "Easy & Speedy Smoothness," which allows the performer to use the instrument quickly and easily; third, "Sync Smoothness," which encourages players to bond with their instrument; and last, "Quality Smoothness," which is an expression of the quality felt with the MOX synthesizer. To achieve all of this, a great deal of expression was put into shaping the silhouette and cross-section, and into the grooved panel surfaces which divide up the various areas.
In contrast to the radical appearance of top-end models, I believe that we have offered a concept for a new kind of full-size synthesizer that musicians are able to relate to on equal terms.