The alto version of a new wind instrument that’s casual yet authentic. 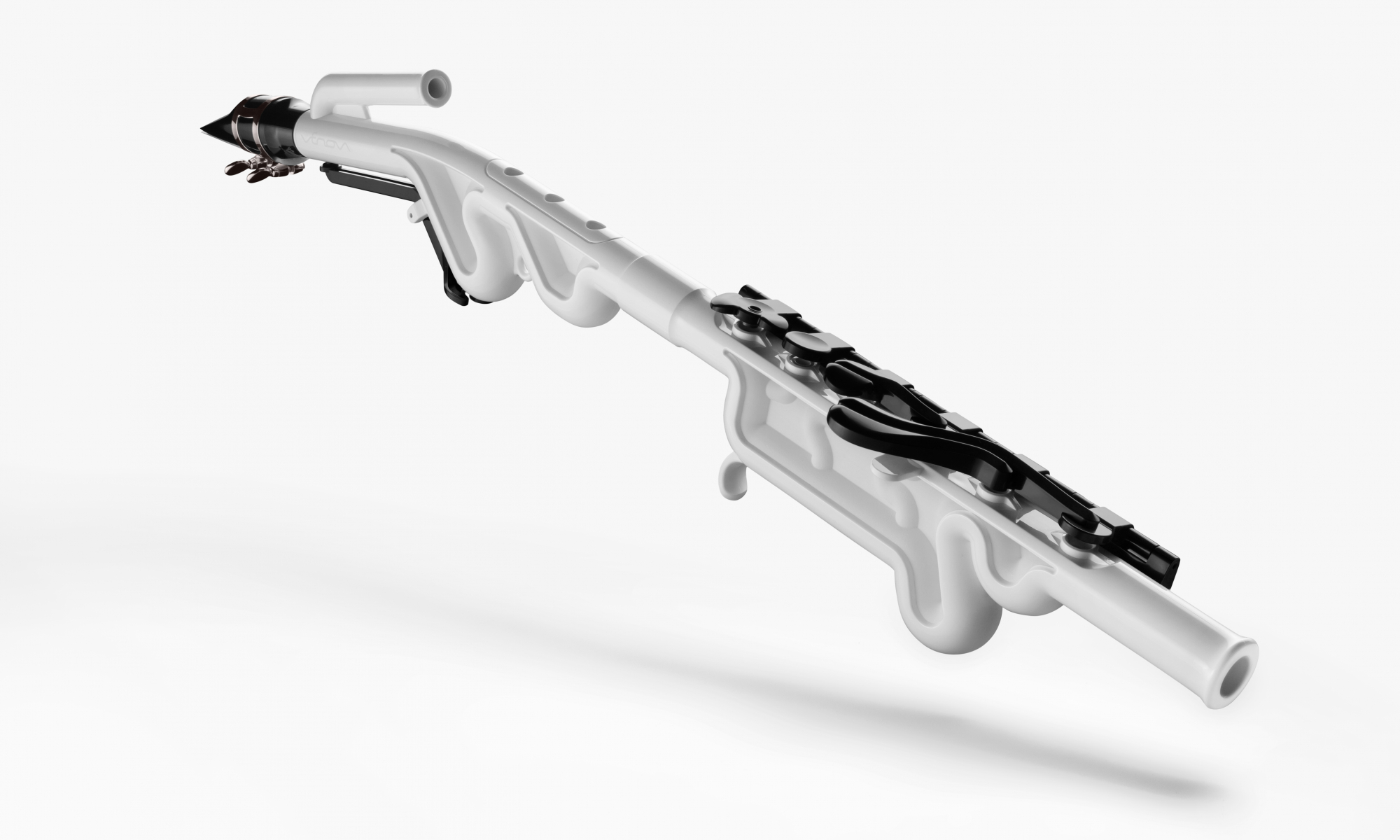 The same branched-pipe structure as the Venova, with a larger body and mouthpiece. After careful consideration, we were able to increase the size of the instrument without compromising playability or appearance, giving it the feel of a conveniently sized wind instrument befitting the Venova line.

We made the pipe longer and wider than the Venova, adjusted the spacing of the tone holes, and made other changes to access the alto range while maintaining the image of Venova instruments. For playability, we used a meandering shape to shorten the total length, and changed the shape of the keys.

New developments for a casual instrument.

The Venova created the new genre of casual wind instruments, and was such a hit that it was difficult even to obtain in the first six months after its release, even for those who had made reservations. Its popularity inspired us to begin developing the F Alto Venova to join the C Venova.
We decided early on to aim for a design that exhibits a sense of unity and carries on the design language cultivated with the Venova, so our goal was clear from the start. However, the realization of the design was limited in several ways because, as before, the design requirements for the pitch, playability, and shaping are apparent in the outward appearance of the instrument. We devoted ourselves to one limitation in particular⁠—condensing the meandering shape.
Mechanically speaking, we increased the pitch and size of the keys, but altered the shape to preserve playability. The design of the keys required us to find the right balance between the true nature of wind instruments and playability through human engineering. The task of smoothly modeling these design requirements using 3D data was a difficult challenge, but was worth the effort. For the image color used in areas such as the packaging, we opted for Alto Orange to join Soprano Yellow in a color scheme to match their various sounds. In contrast to the morning-bright image employed to match the high, airy tone of the Soprano Venova, we chose a more subdued, yet warm image of early dusk for the Alto Venova.
The Venova’s advent as a new wind instrument expanded repertoires and enabled people to learn in music classes and elsewhere, and an increasing number of people are using it to perform. Releasing the Alto Venova now—just as the Soprano Venova has found its niche as a casual wind instrument—should further expand the ways in which people enjoy music. We hope that both become established as standard instruments and thus carve out their own place in history.