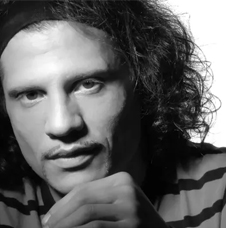 Fernando Otero is a GRAMMYï¿½-winning Argentine composer, pianist, and vocalist based in New York City.
Biography:

Fernando Otero is a GRAMMYï¿½-winning Argentine composer, pianist, and vocalist based in New York City.

He has been described by many critics as a classically-trained virtuoso pianist and composer who developed his own style by blending elements of classical contemporary music and improvisation while acknowledging Tango as a starting point. He found his voice when he began to incorporate the indigenous sounds of his native Buenos Aires into his work. Otero's pianism displays song-like melodicism, expressiveness and a wide palette of colors. He possesses a particularly strong rhythmic intensity when performing up-tempo pieces, playing notes repeatedly with piston-like precision that contrasts with sudden detours into daydreamy pastels.

Otero has recorded 16 albums as a solo artist and performs more than 100 international concerts yearly. His works are published by Warner Chappell Music and his albums have been released by Nonesuch Records, Warner Music, Harmonia Mundi, and World Village. He has received commissions from performers and institutions worldwide and has written music for orchestra, chamber ensembles, string quartet, and choir, as well as for solo instruments including piano, violin, and cello, and movie soundtracks.

In January 2008 Otero released the album Pagina de Buenos Aires from Nonesuch Records. Critics describe the album as "[u]rbane and exotic, surreal and streetwise, and alive with invention and emotion". In February 2008 the Kronos Quartet premiered "El Cerezo" ("The Cherry Tree") at Carnegie Hall, a one-movement work for string quartet commissioned from Otero that "blended tango-infused lyrical interludes into a sometimes dissonant canvas. He released in 2009 the studio album entitled Material, on Warner Music and in 2010 he received the Latin Grammy Award for Best Classical Album for his album released by Harmonia Mundi, entitled Vital.

He received two Latin Grammy nominations for his album Ritual, released in 2015, as Best Classical Album and Best Classical Contemporary Composition. In 2016, Otero put out another studio work entitled Enigma and was nominated for Best Classical Contemporary Composition. In November 2017 he received the Latin Grammy for his album Solo Buenos Aires, which came out in April 2017, where Otero reconnects with the song form as vocalist, multi-instrumentalist, and arranger, comprising a collection of songs written during the first half of the 20th century in Buenos Aires, with arrangements for orchestra.

VOX is the title of Otero's album released in 2018 along with long-time collaborator, violinist Nick Danielson. It contains music for solo piano, solo violin, and violin-piano duet. In this work, Otero's compositions reflect once again his style in terms of melodic, harmonic and rhythmical language. The album Buenos Aires Now - a studio work featuring Otero's compositions for Bandoneon & Piano, recorded in France with bandoneon player Victor Hugo Villena - also came out in 2018. The duo toured intensively during the second half of the year, mainly in Europe.

In 2019 he released the album Astrantia, featuring Varijashree Venugopal, Waldo Madera, Guillermo Vadalï¿½ and Brian Forbes. A new collection of originals that embodies musical language explorations, classical lyricism, and improvisation, expanded in electric soundscapes. Also inï¿½ 2019,ï¿½ he received commissions for writing a woodwind quintet to be premiered by the Quintet of The Americas, a Cello Concerto for Inbal Segev, a suite for l'Ensemble ï¿½ Plectre d'Esch/Alzette from Luxembourg and Seven Pieces for Solo Violin, to be recorded by Elmira Darvarova and released by Naxos.

His first contact with music was receiving vocal lessons from his mother Elsa Marval -an internationally acclaimed singer and actress- and started taking piano lessons at age five. He also studied the guitar, bass, drums, and later composition with Domingo Marafiotti.

Many of his compositions were commissioned by The New York State Council on the Arts, Lincoln Center, Laguna Beach Festival (featuring Otero as composer-in-residence), St. Ursanne International Piano Festival in Switzerland, and by performers such as the Kronos Quartet, the Imani Winds ensemble, Inbal Segev, Jason Vieaux, Paquito D'Rivera, and Arturo O'Farrill.

Shortly after moving to the US in the 1990's he worked with correspondingly diverse collaborators including Paquito D'Rivera, the Kronos Quartet, Quincy Jones, and Eddie Gï¿½mez ï¿½who in 2005 introduced Otero as one of the great pianists of a new generation. Otero has scored the soundtracks for numerous movies, including Sin Palabras, DD is Dead, Unloosened and Root, A Strange Turn, and Franketienne.